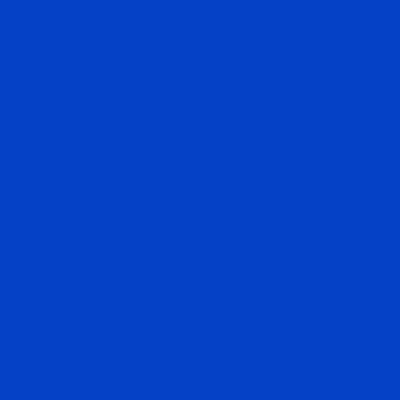 By Kiran Cherukuri and Gaby Goldberg

TLDR: We are crowdfunding 15 ETH to support the creation of the very first DAMN: a decentralized autonomous media network. If this sounds interesting to you, or something you’d like to be a part of, read on.

no, this isn’t a Kendrick Lamar album review

Fresh on the tailwinds of an absolutely scorching JPEG summer, crypto Twitter is once again asking the (seemingly) only question that matters: what’s next?

We’re still early in the proliferation of NFTs, and the current cycle is by no means over. There’s going to be a great deal of focus and momentum that will catalyze new NFT innovations as we enter the new year. At the same time, however, we’re seeing a palpable, even more explosive rise in attention towards another crypto primitive: DAOs.

Numerous leaders in the space have already proclaimed 2022 as the Year of the DAO, and for good reason. This year, DAOs like Friends with Benefits, PleasrDAO, and Nouns have shown us the monumental scale of squad wealth creation that decentralized coordination enables. Over just a few months, some of the most prominent DAOs have shipped viral products, amassed $20MM treasuries, and become supreme purveyors of internet culture. In doing so, DAOs have given us a glimpse of what the company of the future might look like. And although DAOs will certainly continue to gather more significant traction, there’s another D-acronym crypto primitive we’re even more excited about.

You could even say we give a damn.

A DAMN can be characterized by three fundamental features:

DAMNs are attractive to users for two primary reasons. The first is purely speculative (this is an inevitable behavior of any economic asset). The second is that the prospective participant is attracted to the people and content in the network, and wants to join the party. As such, we can predict the Schelling points that will define the evolutionary spectrum of a DAMN:

An early DAMN will likely be hyper-focused on a particular topic, and form a tight-knit community of evangelists around that topic. For example, Facebook started off as a network solely for college students, and as such, much of the early content on the platform centered around activities happening on campus. As a DAMN grows, its focus will broaden in order to accommodate its growing number of perspectives, thus building a flywheel to attract more and more people to join the DAMN over time. Facebook experienced this trend as it began branching out to high schools, then workplaces, and so on. Similar evolutions occurred for media networks like Twitch, which initially focused solely on gamers (to the point that they even limited non-gaming content) before broadening into adjacent categories like anime, vlogging, comedy, and the arts.

So far, the first two characteristics of DAMNs strongly resemble the same characteristics of many DAOs. However, the third characteristic differentiates a DAMN and puts it in a crypto-primitive vertical of its own. While DAOs can have infinite purposes (building products, collecting NFTs, forming social clubs, etc.), DAMNs have a single utility: create and distribute media. This singular utility of DAMNs arguably makes it easier to participate in the network.

In DAOs, the ways to participate and add value are often unclear. Self-governance and treasury management, while noble ideas in theory, often end up obfuscating opportunities for participants and stifling progress for the broader group.

DAMNs rely on governance minimization, not maximization, to coordinate without voting or explicit communication between members. Fred Ehrsam describes governance minimization as a framework to maintain credible neutrality for protocols, in that it “allows stakeholders to depend on a protocol. This creates a virtuous cycle of adoption, enabling scale that would otherwise be unachievable.” Formalized governance systems provably suffer from instability and stagnation on a long-term time horizon, while governance minimization catalyzes much more rapid evolution and innovation. For protocols like Uniswap, we’ve seen ecosystem-wide evolution quickly enabled through hard forking.

Because of their singular utility to create and distribute media, DAMNs are well-suited to capitalize on the benefits of governance minimization. Early on, while a network is small, it’s easy for participants to join the network and align themselves with its ethos. For example, early Instagram had a vibe of posting candid, authentic photos, and users took advantage of Instagram’s built-in filters (remember X-Pro II? Lomo-fi?).

As the network grew, it began to accommodate a much more diverse range of users and perspectives, and its ethos thus became more refined. People posted less frequently, and the photos they did publish were higher quality.

Today, Instagram’s vibe is less about consistently posting photos and more about sharing quick updates on Stories. Instagram’s 1B+ users all belong to one monolithic network. So, as Instagram continues to prioritize different content formats, users are forced to accept these transformations and modify their creation style to stay relevant on the platform. We saw this last year when Instagram redesigned its home screen to include its Reels and Shop tabs, a clear communication of the company’s priorities. Monolithic networks like these don’t enjoy governance minimization — instead, they exercise unilateral control, and there’s not much their users can do about it. Creators on Instagram felt this painfully earlier this week when the platform shut down for nearly six hours. They had nowhere to reach their audiences, and nowhere else to go.

Fortunately, with DAMNs, the reality is different. When a DAMN becomes too noisy, or the vibe decidedly changes from quality content to shitposting or spam, the participants have a choice: they can credibly exit. Dissatisfied participants can sell their tokens, branch out, and form an entirely new DAMN, taking a portion of the community with them. Governance is purely a function of tokenomics. In this way, participants of a DAMN are constantly — and notably, implicitly — making decisions about the content produced in the network. If the price of the DAMN’s token rises, participants can infer that their content decisions are sound — they should double down on what they’re creating. If the token price significantly drops, users will get an alarm bell that content changes should be made.

Today, participants of a centralized social or media network have no incentive to care about the quality of the network itself. The web2 economic model is a zero-sum game, and individuals are incentivized only to draw attention to themselves. Because there is no cost to create, every network inevitably becomes inundated with spam and noise at scale. DAMNs change this paradigm. Individuals still have incentive to draw attention to themselves, but they also need to care about the quality of the overall network. If a participant starts overposting or spamming irrelevant content, others may sell their tokens and leave in response, consequently lowering the token price and incurring a financial penalty to the spammer. In effect, individuals only need to worry about “self-governing” their own behaviors. The net result is governance minimization on behalf of the entire network, enabling dynamic innovation that leads to a content equilibrium in the DAMN.

Okay, so this is how a DAMN works. But what does a DAMN look like?

Today, every centralized media network is built around one fundamental structural pillar: the feed. This is not an accident. Every network primarily monetizes through advertising, and the feed is a design choice that maximizes the platform’s ability to show you the most ads and thus optimize conversion. The feed functions like a highway.

You’re driving along, trying to consume content. Every so often, you have to stop and pay a toll. This is the price you pay. But DAMNs don’t need to monetize via advertising. On the contrary, the network-owning participants can natively earn from their contributions by creating demand for the DAMN’s token and raising its price.

Technically, each DAMN can be governed by a continuous ERC-20 token whose price and supply are programmatically determined by a bonding curve. With a continuous token, the token’s price is a function of its supply. As more people buy the token, its price increases, and as people sell the token, its price decreases. DAMNs can be constructed such that only token-holders are permitted to create and post to the network. As a DAMN becomes more popular, more people should demand the token, thus raising the price and rewarding existing participants. And as a DAMN starts to lose quality, more people might leave and sell their tokens, signaling that things need to change.

Verse is an upcoming protocol that enables DAMNs through the creation of social markets (utterly self-serving plug, @neuroswish is the founder). Each social market is governed by a token, and token holders can post to the market’s interface.

Because DAMNs don’t rely on advertising to capture the value of the network, they open the door to a much more diverse array of interfaces for displaying media, as opposed to just a feed. For example, the smallest of DAMNs could be a micro-network focusing on the question of What’s the best pizza in Brooklyn? This DAMN might just resemble an intimate group chat. On the other hand, larger DAMNs could manifest in rich, 3D worlds a la Fortnite, with dense, spatial pockets of information and subcommunities occupying their own niches within the network. Across the board, as DAMNs are created, they won’t feel pressure to growth-hack their way to a certain number of users or fall victim to a leaky bucket syndrome, because incentives will be aligned to keep quality high from day one.

What would Crypto Twitter, or r/wallstreetbets, or Barstool Sports, or 100 Thieves, or even Instagram look like if they each had their own DAMN? We’ll leave that to you.

Now comes the fun part — we’re starting a DAMN of our own, and this crowdfund offers you the opportunity to join as a token holder. A large reason we are doing this publicly is so that we can create a playbook for others to follow in the future. The structure of our DAMN is as follows:

Through this crowdfund, we are raising 15 ETH for DAMN: A Multiplayer Experience. The DAMN will be spun up as a new Mirror publication, and token holders will be verified contributors to the publication. We’ll be using the funds from this raise to deploy a new pool on Uniswap so the $DAMN token immediately has some financial value, liquidity, and context in the broader ecosystem. In the spirit of transparency, as $DAMN creators, we are keeping a 20% creator fee. 10% will be used to deploy the Uniswap pool for the $DAMN token, and the other 10% will be split between the crowdfund creators (Kiran and Gaby). The rest will be distributed out to shareholders (maybe you!).

To join the DAMN, you need to own a minimum of 250 $DAMN (equivalent to 0.25 ETH), but you can buy up as much share as you’d like. To that end, we are selling three tiers of NFTs:

If you own a minimum of 250 $DAMN, you’ll be added to the DAMN’s Discord server this weekend, where we’ll all get a chance to meet and help shape the future of the DAMN together.

We’re stoked for this experiment and appreciate your support in helping to shape the future of the world’s very first DAMN!